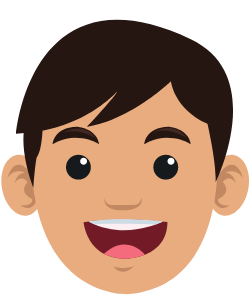 Whether you came to this blog to learn about caring for your child's baby teeth or if you need information on dental implants, you'll find what you're looking for here. While we always recommend that you discuss your concerns with your dentist, our blog is an excellent starting point that can offer you immediate answers to some of your most pressing questions. This site not only provides our readers with the latest tips on dental care, but it also touches on ways in which chronic health conditions can affect your oral health. We want our readers to be well-informed dental patients and we hope we can help you do just that!

Have you been considering getting Invisalign to straighten your teeth but you have questions about how the process will work? Here are the answers to some of your common questions.

Can Anyone Get Invisalign?

While it is possible for Invisalign to fix many dental alignment problems, know that it is not available to everyone. Invisalign does not work well for making major corrections to your teeth, such as when you have teeth that are overlapping and need to be shifted in major ways. It's always worth meeting with an orthodontist to get a consultation since they'll let you know which correction method would work best for you.

How Long Must You Wear The Trays Each Day?

While Invisalign trays can be removed, you must watch out for how many hours during the day you remove the trays. You're allowed to remove the trays for up to two hours per day, which should be just enough time to eat your meals and brush your teeth. You'll need to wear the trays while you sleep and at all other times during the day. If you think you can remove them for other large chunks of the day regularly, you'll only delay your treatment and make it take longer.

Are The Trays Actually Invisible?

The plastic trays that Invisalign uses are made out of clear plastic, and most people will not be able to notice them while you are wearing them. That said, they are not entirely invisible. If someone is close enough to you and paying close attention, they will be able to tell that you are wearing the plastic trays. However, they are far less noticeable than braces will be, which is why many people decide to go with Invisalign.

Can You Eat Or Drink With The Trays In?

You'll feel the most discomfort when you put on a new alignment tray, but the process does not hurt. You'll definitely feel the pressure from the trays after the first few days of wearing a new tray, but it said to be much more comfortable than the braces adjustment process.